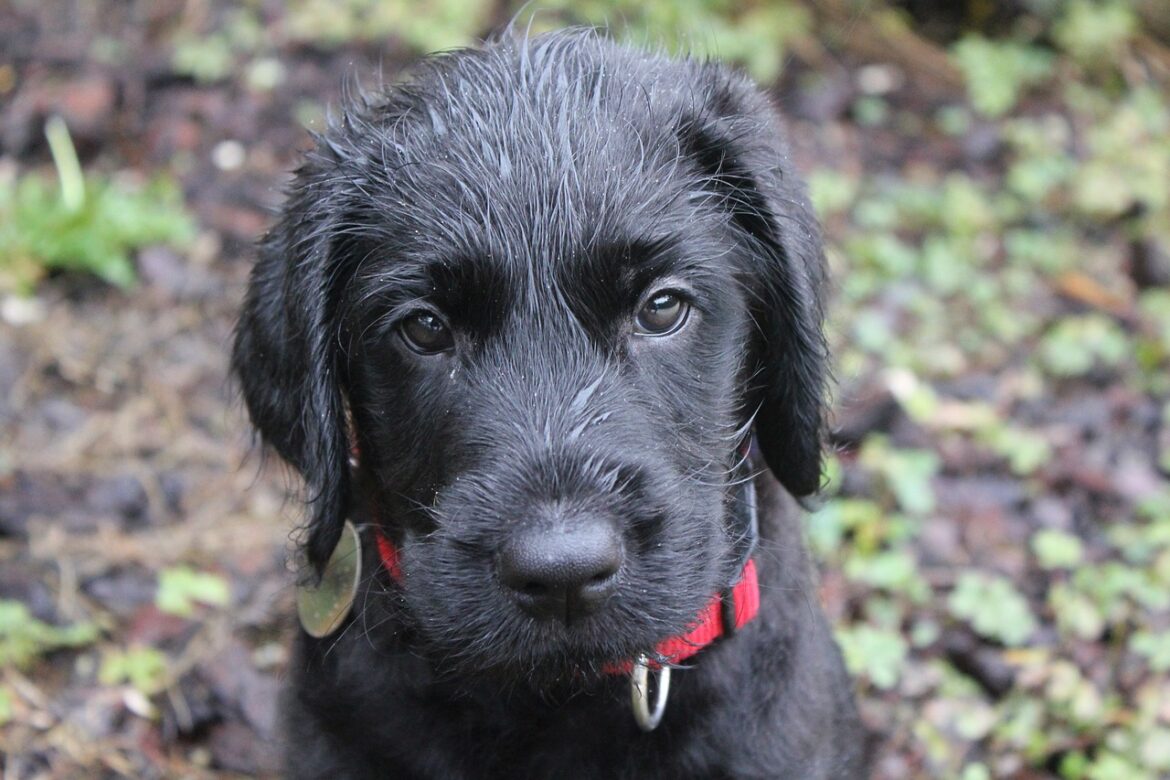 If you’re not convinced of just how adorable and loved the Mini Labradoodle is, take a look at the pets of Jennifer Aniston, Joe Biden, Tiger Woods, or any of the Norwegian royal family members.

Even the once-popular Scottish Terrier, as featured in the classic game of Monopoly, has the presence of a Miniature Labradoodle instead of the Scottish terrier on their latest version of their “Here and Now” gameboard.

The Genealogy of Mini Labradoodle

A mini Labradoodle is bred between a miniature Poodle and a Labrador Retriever.

Other Labradoodle Breeders will create the same effects with a cross between a Labrador Cocker Spaniel female and a male Miniature Poodle.

The result is a breed just as small as a mini Labradoodle with puppies’ genetic makeup being 50% poodle, 25% Labrador a Retriever, and 25% Cocker Spaniel.

Physical Features of a Mini Labradoodle

The most common combination of a Labrador and Poodle often produce healthier offspring with less genetic competition going on between three breeds.

Their fur will either go the smooth route of a Labrador or be slightly curly from the genetics of the Poodle.

As a potential owner, if you’re looking for a hypoallergenic dog, this is not the best cross for those who are extremely sensitive to dogs.

When a mini Labradoodle puppy gets more Poodle than Retriever, this produces the commonly seen curly swirly fur effect that sheds the least and has the easiest time for those managing allergies.

A mini Labradoodle puppy with more Labrador will resemble the same general features of the Labrador Retriever.

Their fur is extremely soft and silky looking with gently waved hairs, especially noticeable in their ears.

Depending on the crossed breeds to create a Labradoodle or mini Labradoodles, their fur colors and types will vary from doodle to doodle.

If the Labrador parent is the dominant breed in the mix, they can range from Chocolate to Black to Golden (yellow) Labradoodle minis.

Compared to their larger counterparts, a miniature Labradoodle will end up being around 17-22 inches, or 44-56 centimeters.

The males are more commonly larger and taller in stature in terms of weight, with weight ranging from 30-50 pounds or 14-25 kilograms.

The lifespan of a Mini Labradoodle

Like all of our beloved pets, miniature Labradoodles don’t live as long as we want them to.

The average lifespan for a mini labradoodle is 12-15 years.

A few of the more common medical conditions they are prone to experiencing stem from the history of their parent breeds: the Poodle and the Labrador Retriever.

Several conditions that are our precious pets are susceptible to getting are:

Taking Care of a Miniature Labradoodle

Despite how the name sounds, the standard diet for a mini Labradoodle includes 1 ½ cups to 2 per day. Their diet should be altered depending on the amount of physical activity that they do that day.

If you’re going for long runs or swims regularly, then adjust the food intake as needed. Thanks to their Labrador genetics, these smaller dogs have eyes bigger than their bellies, causing them to overeat.

Just like you would want to feed your child high-quality, nutritious food, do the same for your labradoodle.

Avoiding any grains in a dog’s food is best, as their wolffish ancestors would have eaten a meat-based diet.

Treats should also be kept to a bare minimum for Mini Labradoodles.

Learning for your mini doodle to associate praise as a reward instead of food is better for their health and is just the better option for training and everyday living.

Exercise For Your Doodle

If one of your goals is to get more fit or stay in shape, mini Labradoodles are the perfect dog for all your athletic needs.

These are furry bullets of energy that can run at full speed for quite a long time. Mini Labradoodles will enjoy long walks and runs, not to mention a cooling swim in the water afterward.

Just remember that their ears are more sensitive, so take care to have specialized ear drops to avoid any infection.

A surprising feature of a mini Labradoodle is its ability to clear high distances. These dogs are natural track stars with their ability to sprint, do long distances, and leap over fences higher than 4 feet in the air.

Dog parks are a great way to get them socializing and releasing their energy with other dogs, so you don’t have to. Labradoodles love being let out and having a free range of a large enclosed space.

Mini dogs are the latest adorable designer dogs who look similar in size and stature to mini Labradoodles.

If you’re into smaller sized dogs, these breeds could be your next list of dog interests:

Mini Labradoodles will steal your heart like no other. Their temperament is so easygoing and fun-loving, it’s hard not to want to give them anything but the love, care, and attention they deserve.

Labradoodles love their people, respond to praise, and prove themselves countless times as worthy companions to all.