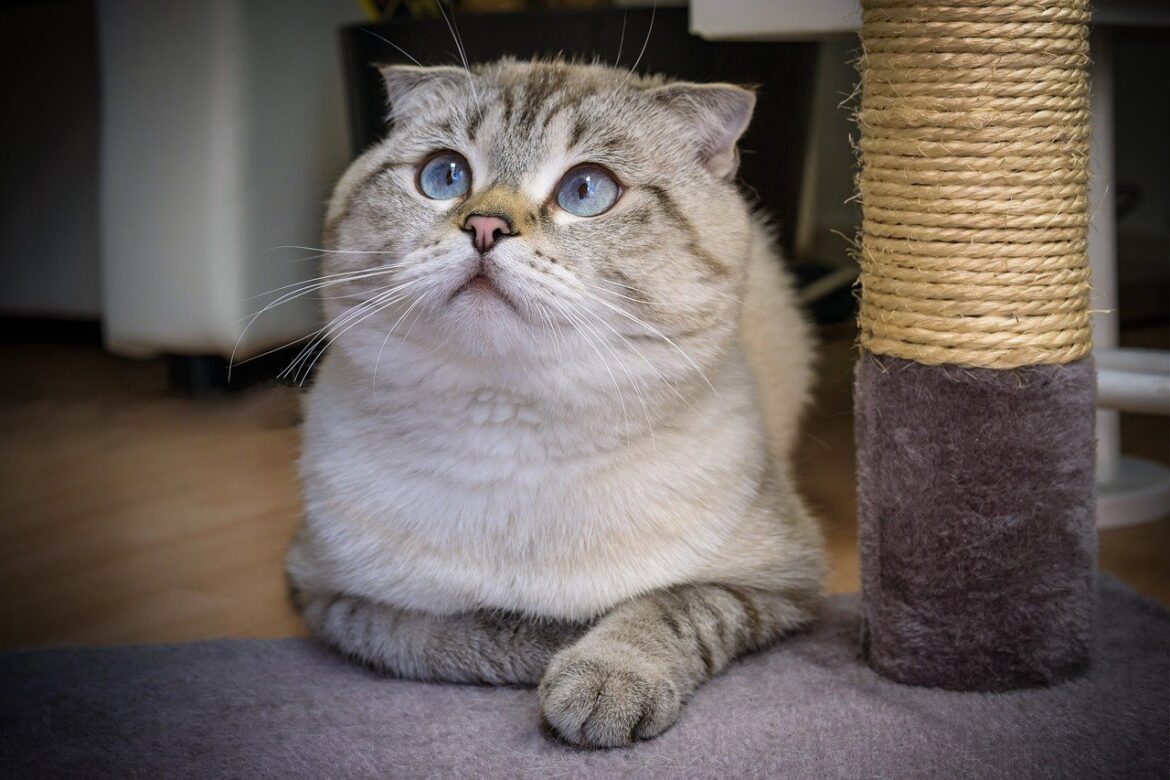 Small-eared cat breeds are frequently believed to be distinct from their wild cat origins. However, there are feral cats with smaller ears as well; their proportions may be different.

The ears of giant cats such as the lion and tiger are proportionally smaller than those of many domestic cats, even though they are much larger creatures.

The allure of small-eared cats is that their tiny ears frequently give them a round face. If cats have small ears and large eyes, they are commonly considered exceptionally attractive.

Cats exist in various forms and sizes, ranging from the big and long-haired Maine Coons to the beautiful rosette-marked Bengals and the hairless Sphynx.

While the size and coat color are widely discussed, another trait that differs significantly amongst cat breeds is their ears.

Large ears are more commonly found on cats – think Devon Rex and Siamese – which are more closely related to cats’ common ancestors. Nonetheless, cats with tiny ears occur as a result of genetic abnormalities handed down through generations.

Fact: The Scottish Fold is the cat breed most noted for its small disputed ears, which are the tiniest of any domestic cat. Indeed, it is their little, floppy ears that have made them renowned. However, some other cats have smaller-than-average ears as well.

The Scottish Fold is the most well-known cat with folded ears, having developed in Scotland in the 1960s. Its breed of domestic cat has the tiniest ears of any domestic cat breed currently in existence!

Scottish Folds’ ears are already small in size, but their absence of cartilage causes them to flop and fold forward toward their skull, making them appear much smaller.

Scottish Folds are remarkable in their tiny folded ears, which give them an owl-like look when combined with their rounded face.

Due to their endearing feature, these cats soon gained popularity on social media and celebrities such as Taylor Swift and Ed Sheeran, further boosting their appeal.

Keeping these cats as pets, on the other hand, has become a contentious issue. Their absence of cartilage in their ears has rendered them more susceptible to health problems.

Scottish Folds, on average, have shorter and more miserable lives. Numerous people believe that owners prioritize the aesthetics of their cats over their quality of life.

Additionally, the American Curl has smaller ears than the majority of felines. Their ears have soft, rounded points that arch backward away from their cheeks rather than being pointed.

The degree to which the ears bend varies across cats, although all cats have an arc between 90 and 180 degrees. It is how the breed got its name – it alludes to the curled ears that distinguish it from nearly every cat breed.

Interestingly, American Curls are born without arched ears. Rather than that, kittens are born with straight ears that progressively curl over within 48 hours of birth.

It may take up to four months for their ears to completely curl over, at which time they stiffen at the base and cease to bend.

Persian cats, unlike the Scottish Fold and American Curl varieties, are not known for their ears. Rather than that, they are renowned as one of the most beautiful and abundant felines, with long-haired velvety coats, excellent features, and gentle dispositions.

These characteristics have contributed to their enormous popularity – they are the most popular cat breed in the United States!

They are, nevertheless, one of the few domestic cats with small ears. Their tiny, rounded ears are traits that distinguish them from Turkish Angora, which was established in 1989. Additionally, their thick and coarse coats make Persians’ ears appear much smaller than they are.

Exotic Shorthairs are pretty similar to Persians, with their tiny ears perched atop their beautiful faces. Along with being small, the ears are wide-set, slant slightly forward, and have rounded tips.

It adds to the idea that these cats have tiny ears – they are already little but are made to appear much smaller!

Apart from their ears, Exotic Shorthairs are pretty similar to Persians in a variety of other respects. Both breeds have a gentle disposition, a small snout, and doll-like eyes.

However, there is one distinction between these two species, and the explanation is in the name: Exotic Shorthairs lack the Persian cat’s long, velvety coat.

In the 1960s, Persians were intentionally mated with American Shorthairs and British Shorthairs to produce shorter, more manageable coats.

Exotic Shorthairs are pretty similar to Persians, with their tiny ears perched atop their beautiful faces. Along with being small, the ears are wide-set, slant slightly forward, and have rounded tips.

It adds to the idea that these cats have tiny ears – they are already little but are made to appear much smaller! Its low-maintenance breed is less prone to matting and has become another popular choice among cat owners.

Apart from their ears, Exotic Shorthairs are pretty similar to Persians in a variety of other respects. Both breeds have a gentle disposition, a small snout, and doll-like eyes.

However, there is one distinction between these two species, and the explanation is in the name: Exotic Shorthairs lack the Persian cat’s long, velvety coat.

In the 1960s, Persians were intentionally mated with American Shorthairs and British Shorthairs to produce shorter, more manageable coats. It is a low-maintenance breed that is less prone to matting and has become another popular choice among cat owners.

Himalayans are another type of cat that was created by combining a Persian with a Siamese cat. Himalayans have the pointed markings on their cheeks and ears of Siamese cats, but the Persians’ doll-like features, big eyes, and luxurious coats. The mixture of these two breeds results in a stunning and graceful look.

Himalayan cats are also large-boned felines, and their thick long-haired coats add to their appearance of great size. However, one thing stays small: their ears!

They are significantly smaller than most cats’ ears due to their wide-set location and rounded tips. Additionally, their enormous bodies and dense fur coats emphasize their already little ears.

Highlanders have ears that resemble the American Curl; rather than being sharp and erect, their ears are fully rounded and curl inward toward their skull.

As with the American Curl, kittens are born with straight ears that eventually curve arch. The degree to which their folded ears angle also differs amongst cats, and some cats have completely curled ears.

Apart from their prominent ears, Highlanders have numerous additional distinguishing characteristics. They are known for their incredibly short and stubby tails, with some kittens born with tails measuring only 2-6 inches in length.

Additionally, they are breeds that frequently have other toes, referred to as polydactyl paws.

Additionally, the Highlander cat has a characteristically wild look. However, do not be fooled! They are, in fact, highly social and pleasant, with lively dispositions and an abundance of affection to share.

The Birman, sometimes called the Burmese holy cat, is a giant, stocky breed with a long coat and pointed coloring. Their big, lengthy bodies and short legs highlight their already small ears.

They are noted for being particularly friendly and caring cats, with a mellow and gentle demeanor. Their sapphire blue eyes are the most remarkable feature of these already stunning cats.

Why Are Some Cats Born With Small Ears?

Everything about a cat’s appearance is determined by heredity. Some cats have curled tails, while others have long whiskers, and some cats are large while others are tiny.

Additionally, genetics influences the length and color of a cat’s coat, the shape of its face, and the location and color of its eyes.

Yes, your cat’s look is entirely determined by its DNA! Additionally, the same holds for their ears. Each of our felines has a piece of DNA that specifies the size and form of their ears, just as they do for everything else.

When we trace the cats’ ancestors back to the original domestic cat breed, the Egyptian Maus, we notice that they inherited big erect ears with sharp points.

It indicates that tiny, folding, and rounded ears are the consequence of gradual genetic changes. Sure of these changes will influence the size of the ears. On the other hand, some cats have tiny ears due to genes controlling how their ears develop.

Which Ear Mutations Are Observed in Cats?

The mutations that result in slight variations in the size and form of the ears have not been investigated – after all, every cat’s ears vary slightly in size! However, when it comes to more unique ear forms, cats exhibit four different mutations:

As you can see, there are a plethora of cats with little ears! Scottish Folds are most well-known for their little folded ears, although there are also small curled ears on American Curls and Highlanders and numerous other breeds with small but otherwise normal ears.

These variations in ear shape and size are entirely genetic in origin. Although variation in-ear size is expected, registered breeds tend to have comparable ear sizes due to their limited gene pool.

However, specific mutations, such as the Scottish Fold gene, alter the growth and shape of the ears.

While most cats with tiny ears are happy and healthy, Scottish Folds develop OCD as their cartilage deteriorates throughout their bodies. Curly-eared cats require more attention, so touch them carefully and clean their ears often to avoid infection!