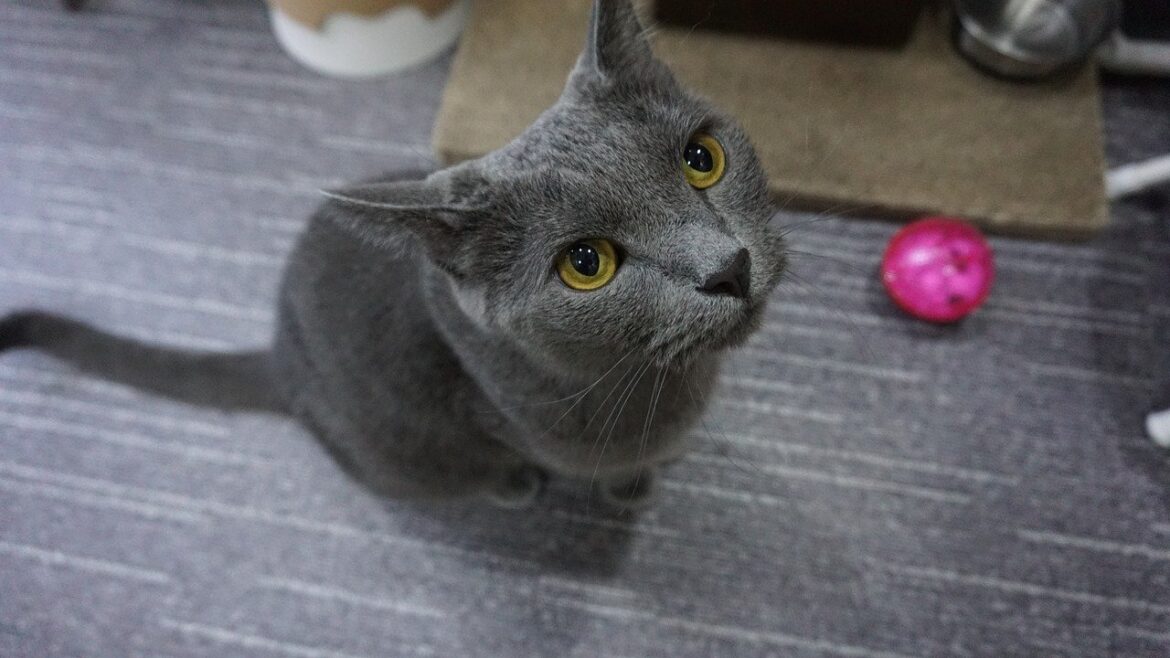 Usually, Maltese is considered a grey cat, but many other cats are also known as grey cats, such as Russian Blue, Siberian, etc.

Grey is a hue that evokes feelings of tranquility, introversion, and stability. As a result, it’s a perfect coat color for a cat that embodies the subtle and mysterious stereotype of the usual feline.

The Chartreux is one of the world’s oldest natural cat breeds with grey hair. The breed traces back to early 18th-century France.

Grey Cats Are Not Rare

Grey, sometimes known as “blue,” is not a distinctive cat color; it is a diluted form of black. Grey is frequently seen with patterned cats such as tabbies, particolors, torties, and calicos.

As it is true that some cat breeds exclusively available in grey, such as the Russian Blue, are more difficult to locate, it may lead to the misconception that all grey cats are rare.

Gray-and-white cats were the most aggressive during vet appointments. Additionally, the poll discovered that black-and-white cats were more likely to respond unfavorably when handled, whereas calicos were annoyed. On the aggressiveness scale, black, white, grey, and tabby cats scored the lowest.

Are Grey Cats The Best?

Gray-colored cats are said to be serene, kind, gentle, and tranquil. Calico-colored cats are a toss-up between placid and sweet-natured and mischievous and active! In contrast, cats with tabby patterns are home-loving, generally good-natured, friendly, and occasionally even slothful.

While cat enthusiasts have firm views about how a cat’s color impacts its personality, no thorough research has established true.

Although the amount of melanin in a cat’s pigment may affect its temperament, a cat’s disposition is more likely influenced by breed characteristics, socialization, and surroundings.

Grey cats are frequently considered more pleasant, enjoyable, and lively than other breeds, although your experience with particular grey cats may vary significantly.

There are a few cat breeds in which solid grey is more prevalent than other colors. If you’re looking for a grey feline, these are the breeds to consider first!

The American Shorthair cat has been a resident of the United States since 1620 when they landed as mousers on the Mayflower.

These cats have a short, thick, and “hard” coat and are athletic and muscular. They are well-known as extroverted, friendly, and peaceful cats that are not clinging and get along well with older children and other pets.

They are a lively breed well-known for their easygoing demeanor, even though they despise being touched. They are not the most incredible cat if you or your children wish to tote about a feline.

They have the same substantial spherical head as their American counterparts, but their bodies are cobbler and do not grow as large overall. Additionally, they share the same dense, fluffy short coat.

The Chartreux, France’s National Cat, is a large cat affectionately nicknamed the “potato on toothpicks.” They are strong cats with an ape-like body structure and slender legs.

They are exclusively available in Blue (grey) and feature a medium-length woolly double coat. The Chartreux is a kind and loving cat that likes human interaction but is not excessively clinging.

According to their owners, they have a dog-like disposition and are excellent for teaching tricks. Additionally, they have a strong prey drive and are superb hunters.

Once you’ve seen a Devon Rex, you’ll never forget it. They are dubbed the “Pixie of the Cat Fancy” due to their resemblance to little forest elves. They feature big bat-like ears, a pointed face, a triangular head, large round eyes, a lithe build, and a curly coat.

Their skin is composed of small, tight curls covering most of their body, and they may be completely hairless in other regions. These cats are extroverted, lively, and have funny dispositions, making them a popular choice for youngsters and families looking for a more dog-like cat than feline.

The Korat is an uncommon breed in the United States, having originated in Thailand. They are one of the world’s oldest cat breeds. They have a short coat that is only available in a shade of blue-grey with silver points.

The Korat’s skin shimmers as it moves, and when combined with their emerald green eyes, they create breathtakingly gorgeous cats. The Korat is a quiet, peaceful cat that is reserved among strangers yet loving with its people.

Another uncommon breed is the Nebelung, which is likewise only available in a greyish-blue coloration. The Nebelung is described as having a “semi-foreign” build and weighing between five and sixteen pounds.

Their luxuriant and fluffy long hair is adorned with a ruff around their neck and a plumed tail. These cats are noted for their calm and quiet demeanor and are sometimes shy. They thrive in families with older children, adults, or senior citizens.

The Norwegian Forest Cat is one giant domestic cat breed, distinguished by its long, thick double coat. They are similar to wild cats, with Lynx-like fur around their ears and a ruff around their neck.

These cats, commonly referred to as “Wedgies,” enjoy humans. They are a somewhat “talkative” species that excel in hunting and climbing.

Orientals are a kind of shorthaired cat closely related to Siamese. While white is the most frequently used color for Orientals, they also come in a lovely grey hue. The Oriental’s face is formed like a wedge, with huge bat-like ears and large almond-shaped eyes.

Their bodies are slender and angular in shape. They have the Siamese’s loud nature, intellect, and concentration on their humans. These are excellent cats to teach tricks to since it helps to train their alert minds.

They dislike being alone and do best with another cat or a cat-friendly companion such as a dog.

With their rich, silky hair, blue Persians are adorable cats. Persians are classified as “doll face” or “Peke face,” with the latter having a more flat face like a Pekingese dog. They have a stocky build and are often between medium and enormous.

The Persians are highly appreciated not just for their beauty but also for their lovely, gentle demeanor. They are calm cats who like being lap cats and are occasionally frisky in a subdued manner.

They do require a significant amount of grooming; therefore, the Persian is not a low-maintenance cat.

Another breed that is only available in grey is the Russian Blue. They are the Nebelung’s medium-haired counterpart, with a plush coat that stands on end due to its thickness. Additionally, they have stunning emerald green eyes.

As with the Nebelung, the Russian Blue is a calmer cat that is friendly with those with whom it is familiar but is reserved with strangers. Additionally, they tend to become fixated on a single individual in a household, even if they are amicable toward other household members.

The Scottish Fold’s most significant distinguishing feature is its forward-folding ears. Scottish Folds are available in both short and long-haired varieties. They have large round eyes and a medium-sized body that is round and stocky.

These cats are pretty talkative and like conversing. However, they are not as boisterous as some other breeds. Additionally, they are incredibly loving and engaging companions.

Siberian cats are one of the giant domestic cat breeds, second to the Maine Coon. They have a long, thick coat made up of three layers of fur to keep them warm during the bitterly cold winters.

The breed is well-known for its extroverted and friendly nature. These cats are extremely lively and excellent species for teaching skills. Unfortunately, they are scarce in the United States, so finding one may require some effort.

The Sphynx is a hairless breed, and despite the lack of a coat, they exhibit colors on their skin. The Sphynx features a triangular head, long pointed ears, and enormous eyes on a lithe, athletic physique.

Some may have some hair around their ears and feet, while others may be completely hairless. The Sphynx is characterized as being dog-like in appearance and possessing an effervescent, clownish personality.

If you’re searching for a peaceful lap cat, the Sphynx is not the right choice! They adore humans and are entirely devoted to them, and they thrive in the presence of other cats, pets, and children.

They do, however, require frequent grooming owing to their unique skin requirements, so be aware of the labor required when shopping for a grey Sphynx cat.

There are several grey cat breeds, and each one has its personality features and look. Grey cat breeds are adored around the world for their beauty and remarkable appearance.

The grey cats on It list are some of the most popular grey cat breeds worldwide. They have been providing loving companions for families for a long time and will undoubtedly continue to do so for many years to come.

They are well-known as extroverted, friendly, and peaceful cats that are not clinging and get along well with older children and other pets. They are a lively breed known for their easygoing demeanor, even though they despise being touched.