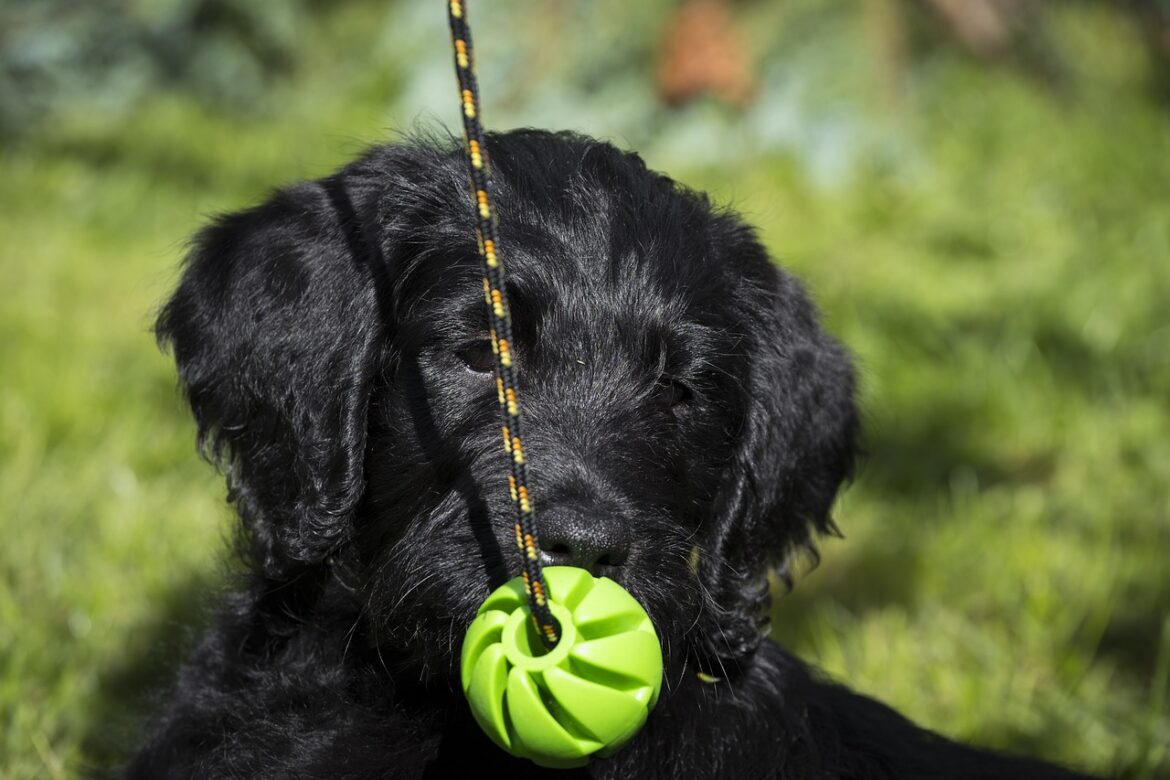 There are three general Labradoodle coat types that these dogs have, each of the coats, coming in an array of colors.

The three types of Labradoodle coats include:

Knowing all the kinds of coats and all the available colors for each coat would go a long way in helping a potential Labradoodle owner decide on which one to get.

This knowledge can help them decide on what kind of coat they want on their puppy and if it suits their lifestyle and environment, as opposed to flying in blind and getting one that they would not enjoy dealing with and eventually having to return.

The hair coat is most commonly seen in first-generation Labradoodles (the first litter produced from a crossbreed of a Labrador retriever and a Poodle).

The texture of this hair coat is similar to the one on our head as humans and is not advisable for someone in the market for a puppy with non-shedding properties.

Grooming of a puppy with the hair coat is easy as they only require brushing and when the hair seems overgrown, simply trimming with scissors would do the trick instead of total shaving.

The only drawback to this is the shedding. People who do not mind having dog hair all over the house can get a Labradoodle with a hair coat.

This soft silk-like coat texture is known to be the most popular choice by labradoodle owners.

They have a wavy appearance but can also be tightly curled.

They are easy to maintain and shedding is minimal. There are two types of fleece-coated Labradoodles. The Normal fleece and the Microfine fleece that is super soft.

For grooming, the normal fleece requires combing or brushing 2-3 times a day and can be trimmed 3-4 times a year depending on the owners’ preference.

There are not too many drawbacks for the fleece coat, but notable mentions include the fleece easily becoming matted if not properly combed/ brushed; this mat can be painful for the dogs.

These wool coats are the most popular coats for people who are allergic to the shed hair of dogs and those that get asthma triggers from the hair. They are short and wavy and can be identified by feel rather than sight.

The wool-coated Labradoodle only needs to be combed or brushed once a week at the very least, and trimming at least 4 times a year. Wool coats are very dense and require much more time to comb.

The colors of a Labradoodle include Red, Black, White, Silver, Chocolate, Cream Golden, and many more. These colors are usually generated by the genetic makeup of a Labradoodles parent.

A puppy is most likely going to be the color of whichever parent has the more dominant gene.

Labradoodles regardless of the color or coating should be bathed at least once a month and depending on your discretion as constant bathing and grooming prevent specks of dirt and diseases for you and your dog.

Why it is Important to Teach Your Labradoodle...

Why Do Dogs Yawn?