Red Labradoodle: 10 Things You Should Know 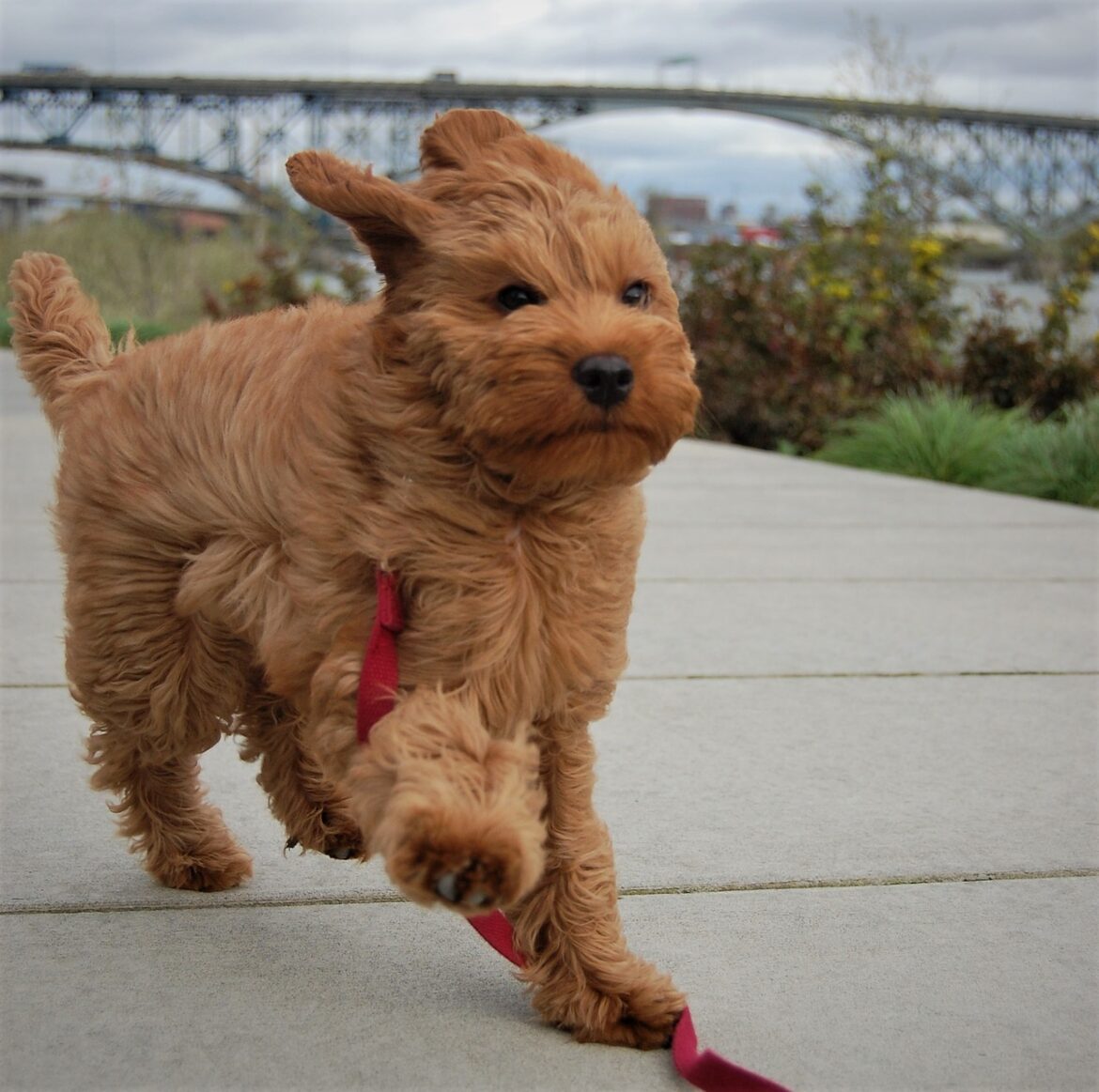 Red Labradoodles are one of the unique breeds of dogs that currently exist. One glance at this dog breed will surely have you in love with them in seconds.

Either you already have a red labradoodle dog or you are planning to get one, there are some important things you should know about this breed.

Red Labradoodle, What Are They?

Red Australian Labradoodles are still the same breed as the other Labradoodles. They have a distinctive feature in their red coat. Their red coat color ranges from light ginger to a deep brunt auburn.

As a puppy, it is very difficult to predict the color of your labradoodle dog. This is because the coat will begin to fall out around eight to ten months old.

Red mini Labradoodles are also a result of their genetics. They carry important genes from two purebred dogs that involve standard poodle and Labrador retriever.

The genes from these two purebreds provide a hybrid labradoodle with its red color. The breeds determine the intensity of the red color.

Red Australian Labradoodles, alongside other Labradoodles, have a loving, family-friendly, and happy temperament. They are no pieces of evidence that the color of their coat influences their characteristic loving character.

Other Physical Features of Red Labradoodles

Red Labradoodles have other parts of their body a bit different from other labradoodle breeds. Eumelanin is the responsible gene for the color of the eyes and nose.

Red mini labradoodles’ eyes and nose color are characteristically known to appear in brown, black, and other colors.

A well-bred red labradoodle hybrid will always inherit a dark brown eye and a black nose.

Red Australian Labradoodle, like the other labradoodle breeds, has little or no health-related issues. Their coat color is no indication of an influence on their health.

Labradoodle, in general, are healthy dog breeds capable of living up to 14 years.

In red Labradoodles, you can take the precautious test for the influence of the D locus dilute gene. This is a genetic screening test done on other Labradoodles.

Of course, healthy puppies come from healthy parents. Your red labradoodle is a direct biological reflection of their parent.

The best way to select the puppies with the healthiest gene is to learn about the parent dogs. Hence, the breeder should do all the testing requirements.

Red labradoodle dogs can inherit any of these three coat types: Hair, fleece, or wool. Wool type is the most common type of red labradoodle coat. It is dense, curly, wiry, and non-shedding features.

Red labradoodle size is always dependent on the breeder’s choice. Both miniature and standard poodles can be crossed with Labrador retriever to produce your red labradoodle.

Due to the difference in their sizes, red Labradoodles typically stand between 14 and 24 inches tall.

Labradoodles are very playful and social. These characteristics are also predominant in the red labradoodle breed.

They are very teachable with excellent sociable skills. With appropriate training, Labradoodles will fit into your family settings.

Just like the other Labradoodles, the red labradoodle shares almost the same characteristics. Their red color sets them apart from the rest of the labradoodle pack.

They are sociable and fit into the family with ease. If you are thinking of getting a labradoodle for your family, the red labradoodle is a great choice.

How to Train Your Labradoodle to Stop Chewing

Why Are Dogs Noses Wet and Cold﻿?

10 Ways To Reduce Your Dog Anxiety