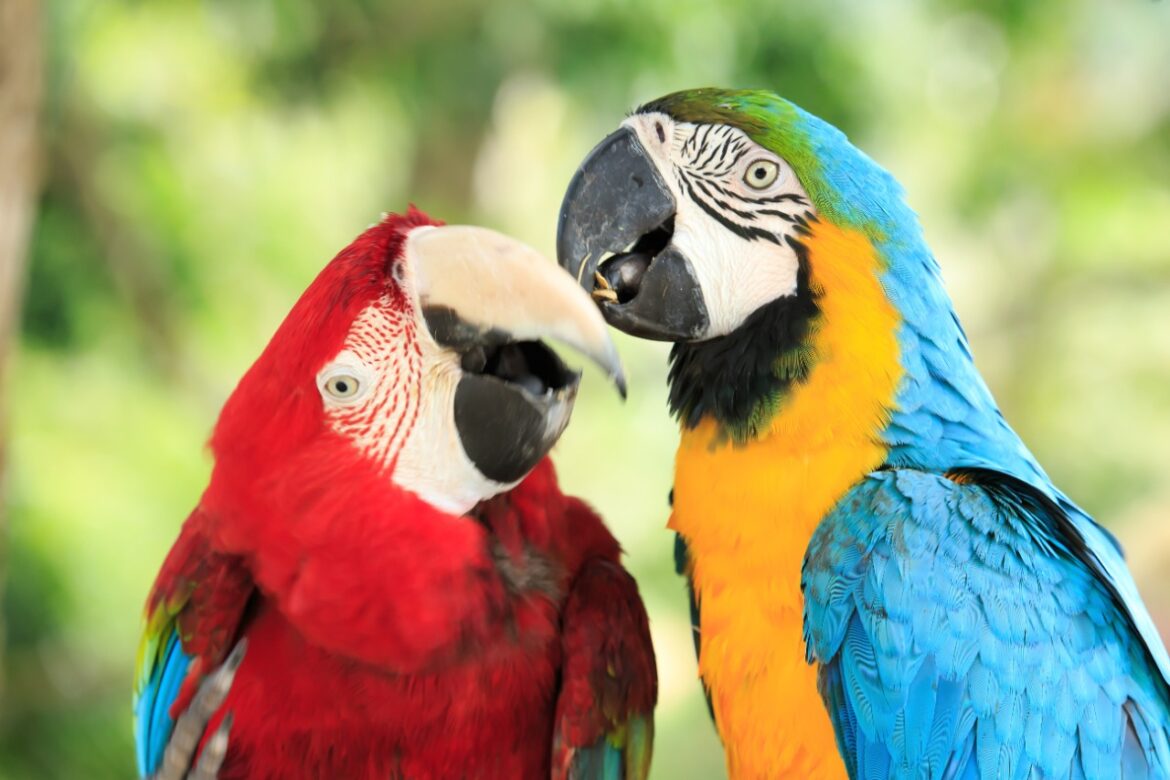 A study carried out by a team of scientists concluded that the brain of birds, especially those of singing and parrots, have a higher number of neurons in the pallium, the area of ​​the brain that contains superior cognitive abilities, such as making plans or finding patterns.

Despite being more than smaller than the macaque, the macaw’s brain has more neurons in this area associated with intelligent behavior. It is surprising, but even the common pigeons accumulate more neurons in their brain. In terms of intelligence, not everything is about the size of the brain.

These are some of the smartest birds in the world;

The “birds of love,” so named because they need to live as a couple, can learn and repeat sounds, including short words. They can also emit whistles.

Researchers discovered that pigeons could categorize objects by performing a mental operation similar to what children do when they learn the words.

There is a very curious anecdote about this bird; in the United Kingdom, at the time when milk was distributed around the houses, the Tits learned to identify these bottles by the color of the lid and feed on them.

The cormorants accompany the Chinese fishermen, who give them the eighth fish of those who manage to catch as a prize. These birds know how to count to eight and refuse to continue collaborating with fishing once they get their reward going on to fish for their own benefit.

Macaws can repeat words when they reach their seventh month of life and can more or less understand what they are being told.

Crows are very intelligent birds. They can memorize, solve problems logically, build tools, even distinguish and remember other crows and people. A study concluded that these birds could solve the same puzzle that a seven-year child would solve.

Ravens are in the same biological group as crows (genus), and they are just as smart. They have the ability to understand causes and solve complex problems. They’re also as playful as crows but cooperative hunters that often work in pairs.

They travel in pairs so that one of them can distract their prey while the other gets the food (egg or another animal). Ravens have excellent cognitive intelligence. See how PBS highlights how smart they are.

A study by scientists from the University of Oxford, Vienna, and the Max Planck Institute in Germany showed that cockatoos could solve a problem to obtain a reward, being very innovative in the process, have the patience to achieve their goal, and even learn from each other.

The grey parrot Alex was the subject of scientific study in the Avian Learning Experiment, in which he showed that those of his species could decide at a basic level which words to use and use frequently used words consciously and creatively. Watch in this video;

The kea (Nestor notabilis) is a large green parrot, considered to be the most intelligent bird in the world. It comes from the South Island in New Zealand and is named after the sound it emits when it flies. The kea can use objects of nature to get food, solve problems after a previous analysis of the environment, and act in groups to achieve what is proposed.